Can cannabis be a substitute for prescription drugs? 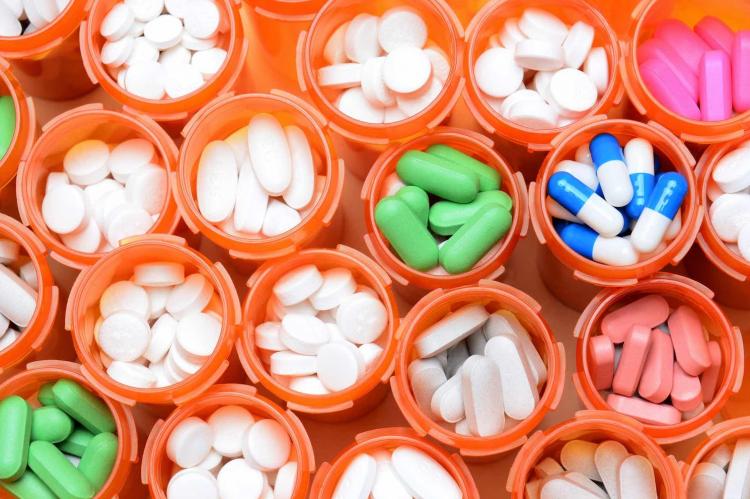 Prescription opioid painkillers have increased drastically from common-use pill to massive public health crisis. At the same time, the perception of marijuana has shifted away from it as a gateway drug to using it as medicine.

Now, several recent studies show that public opinion is shifting to the point of substituting cannabis for opioids and other prescription drugs that have high risks or low efficacy. In addition to opioids, drug substitution is most common for benzodiazepines, like Valium or Klonopin, and antidepressants.

The benefits of substituting a substance for an addictive drug seem obvious, but there is a serious hidden risk in doing so without talking to a doctor. For example, with CBD, its interactions with prescription drugs have barely been studied. Complications can arise from drug interactions and withdrawal symptoms, resulting in incorrect dosages and potentially unknown side effects.

Patients are substituting prescriptions with cannabis

With unregulated whole-plant and hemp-derived CBD easily available online and in grocery stores across the United States, as well as recreational and medical cannabis in shops in the US and Canada, some people are doing just that.

Benzos—such as Klonopin (clonazepam) and Valium (diazepam)—are commonly prescribed for anxiety, insomnia, seizures, alcohol withdrawal, and muscle spasms, all of which also have the potential to be treated with medical cannabis, especially CBD. But unlike CBD, benzodiazepines have been around the scientific block, completing the clinical trial process and landing on the market in the 1960s. Also unlike CBD, they are known to be addictive.

“There’s this great opportunity because of the opioid crisis to find alternatives,” said Dr. James Corroon, Medical Director at the Center for Medical Cannabis in California, who published a study on cannabis substitution for pharmaceutical prescriptions last year. Of 2,774 participants, 46% reported substituting cannabis for a pharmaceutical drug. “There’s reason to be hopeful,” he said, “but we need more data.”

Non-prescribed swapping of THC or CBD for a prescription drug often occurs accidentally at first: A chronic pain patient might smoke marijuana recreationally and notices it helps; an insomnia patient might eat a CBD chocolate for anxiety but then is able to sleep; a person might get a medical marijuana card for anxiety and discover it helps with pain and insomnia.

While this might seem like a serendipitous coincidence for patients, the pattern is a warning to doctors. “These people aren’t getting the right care,” said Dr. Corroon. The concern is with drug interactions.

If you add CBD to a drug regimen of an opioid or a benzo, it creates an amplification effect, Dr. Corroon explained. With CBD and Valium, for example, the liver metabolizes CBD first. The Valium is then sent back into the bloodstream, allowing the same dose to last longer. As a result, the patient may be unintentionally overmedicating. This also means a patient could be prescribed a lower dose of Valium to experience the same relief.

This can be great if a healthcare worker is supervising a patient and their drug substitutions, but doses of benzos need to be slowly decreased to be safely stopped, regardless of whether another drug is added.

Rapid decreases of any drug can be dangerous. Benzodiazepines depress the central nervous system and an abrupt change can leave the brain struggling for balance. Benzodiazepine withdrawal can cause a return of symptoms, additional anxiety, insomnia, and flu-like symptoms. More severe symptoms include panic attacks, hand tremors, depression, and seizures.

Without medical advice and supervision, a person could experience withdrawal, unnecessarily low or high doses, or vacillation between the two as anxiety decreases and returns, said Dr. Corroon.

Cannabis treatment is being broadly studied as a partial or full substitution for opioids, but research is just beginning on its possible use in reducing benzodiazepine use.

“There is a role for benzodiazepines in clinical practice,” said Dr. Chad Purcell, a surgical resident at Dalhousie University. But there’s an issue with benzodiazepines that is similar to that of opioids, he said.

In a small study, Dr. Purcell and his associates analyzed information provided by patients new to cannabis treatment who were already taking benzodiazepines. Almost a third stopped their benzodiazepine treatment within two months. And almost 45% ended use by four months.

“There seems to be something at play here,” Dr. Purcell said. But he cautioned against drawing a direct line between the two. Just because two things happened—starting cannabis and stopping benzodiazepines—doesn’t mean one caused the other.

Dr. Lucas and authors analyzed cannabis use patterns and substitutions of 2032 Canadian medical cannabis patients who responded to a survey.

Unsurprisingly, opioids were the most common among pharmaceutical substitutions, at 35%. Antidepressants and anti-anxiety prescriptions came in close behind at 21%.

Detailed questions revealed that chronic pain and mental health issues were the two most common reasons participants took cannabis, both at just under 30%.

Chronic pain is often accompanied by mental health conditions, especially anxiety and insomnia, said Dr. Lucas. It’s a common trifecta of diseases and a troubling one. The conditions can exacerbate each other and the knot of symptoms can be difficult to untangle. It’s not uncommon for endless pain to cause severe anxiety and prevent sleep, Dr. Lucas said. Roughly half of participants reported experiencing all three as primary symptoms, according to the study.

Patients experiencing this medical triad often take more than one daily prescription as treatment, so it’s not surprising that many study participants substituted for more than one drug, Dr. Lucas explained. And it’s possible that, if a cannabis substitution could more effectively treat a root cause of chronic pain, medications for anxiety, insomnia or depression could become unnecessary.

For those people who are making a conscious choice to substitute, and doing so with medical guidance, there seems to be only an upside. It’s the people who accidentally substitute or self-prescribe that worry Dr. Lucas. “It gives me great concern.”

Always talk to your doctor before starting or stopping a new medication. Ask about potential prescription interactions and options. If you already take a prescription medication, talk to your prescribing physician about your marijuana and/or CBD use.