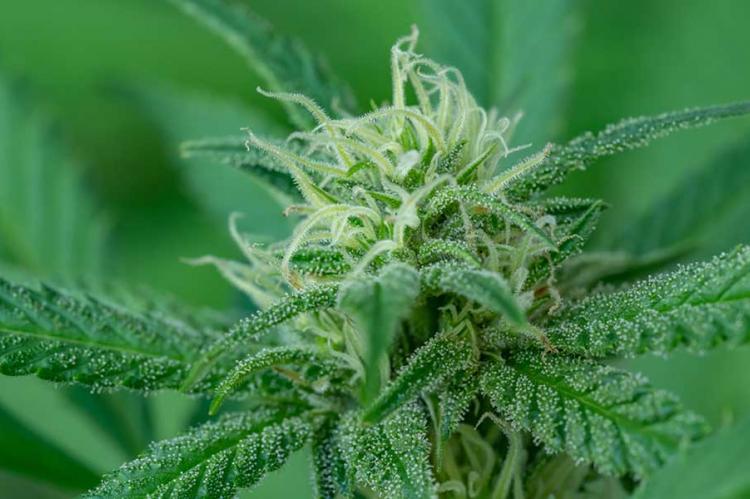 Canadian pot producer Canopy Growth (CGC) launched a website to sell CBD products in the U.S., including those from its partnership with better-living guru Martha Stewart. Canopy Growth stock and other marijuana stocks rose on Monday. That includes Aphria (APHA), which jumped past a buy point.

The launch of Canopy's website, called shopcanopy.com, follows occasional struggles by Canada's pot industry to expand into the U.S.' hemp-derived CBD market. Retail store owners have been reluctant to sell CBD as regulators have occasionally cracked down.

The website sells CBD soft-gels, oils, topical products and edibles. The website also allows users to browse through different brands that Canopy has developed or acquired over the years.

Products from Biosteel, a company in which Canopy has a majority stake, were available. CBD products from Tweed, Canopy's flagship brand in Canada, were not.

Canopy last February said Stewart had become an advisor to the company to help it sell CBD products. At the time, the company said the collaboration would offer products for people and pets.

Canopy Growth stock climbed 3% to 16.96 in the stock market today. CGC stock is currently consolidating, but is below its 50-day line and 200-day line.

Still, Canopy Growth stock has a weak 17 Composite Rating. Its EPS Rating is 2. Profits for Canada's marijuana stocks have been rare.

Even as marijuana stocks like Aphria start to break out, their ratings overall aren't great. Marijuana stocks are still well below the highs reached in 2018, just before recreational legalization in Canada began.

The industry has run up against disappointing sales growth, steep losses and job cuts, and cash concerns that have been amplified by the coronavirus pandemic. Companies are shuttering facilities and cutting costs. International expansion plans have been rolled back.

Canopy Growth earlier this year said it would stop hemp farming operations in Springfield, N.Y., "due to an abundance of hemp produced in the 2019 growing season." The company said it would still use the supply to keep making CBD products in the U.S. Canopy also recently revised the terms of its deal to acquire Acreage Holdings.

Cronos Group in March said it would pause distribution of its hemp-derived Peace+ CBD tinctures, which were set to be sold at around 1,000 U.S. retail stores.

Tilray has had take impairments for a deal it struck last year with marketing and entertainment company Authentic Brands Group. That arrangement would put Tilray-made CBD foot balms and beauty products in retailers like Nine West and Juicy Couture.

"Given the uncertainty of the FDA stance on the sale of CBD products in the U.S., we concluded the near-term expectations for sales under this agreement did not support our balance sheet value," CFO Michael Kruteck said in May.