Are Marijuana Stocks On The Rise Again?

Authored by The Green Fund, Benzinga 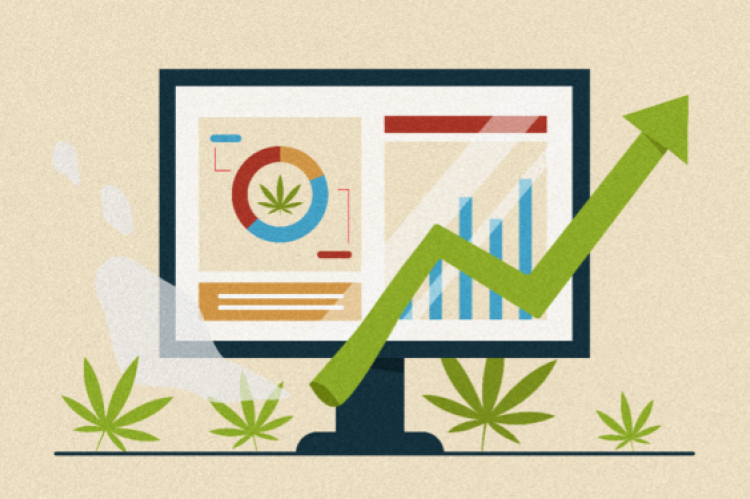 In 2019, the bubble well-and-truly burst for pot stocks, sending many investors running for the hills. Now, it looks like we're seeing the cannabis industry rally back up.

As we've covered extensively, 2019 was not a kind year for cannabis investors, and by the time the COVID-19 pandemic became widespread in March 2020, the American Cannabis Index was valued at just a tenth of its value in the previous year.

While COVID-19 was itself largely responsible for what is now being called the "March 2020 crash," the cannabis industry was already dealing with internal issues that had sullied investor confidence.

Overpriced valuations, a persistent black market, cash hemorrhaging, and a lack of available funding all converged to bring the cannabis industry to its knees.

In response to these issues and the COVID-19 crisis, many companies began to cut costs wherever possible. Canopy Growth laid off over 1,000 staff, and ceased operations across three continents, OrganiGram cut 45% of its workforce and Aurora cut hundreds of jobs, including 25% of its corporate positions in February.

But now, as we enter the final quarter of 2020, it's beginning to look like pot stocks are beginning to bounce back.

The American Cannabis Index on New Cannabis Ventures has increased by over 260% since mid-March. Additionally, the ETF ETFMG Alternative Harvest (MJ) has climbed 50% since that same period. While these current gains felt by the industry admittedly pale compared to its 2018 bubble-heights, we may be seeing a more realistic evaluation of the cannabis industry's trajectory and potential.

And it looks as though portfolio managers are beginning to think the same, with Investopedia reporting that the Boston-based investment manager 'Putnam Investments LLC' had purchased 6 million shares of the U.S.-based cannabis MSO 4Front Ventures, and Wasatch Advisors Inc., a Utah-based asset manager, is now the second-largest holder of Cresco Labs shares.

During the pandemic, cannabis stores were deemed "essential," and throughout the world recreational and medicinal cannabis sales climbed despite the ongoing economic downturn. Additionally, it is likely that the cost-cutting measures implemented by cannabis companies in the face of the COVID-19 pandemic sat well with investors, who have been watching capital pour out of the industry at sky-high rates.

However, as is often the case, some companies have thrived more than others during this growth period for the cannabis industry. Let's take a look at two of the top performers during the second half of 2020.

Few marijuana stocks have performed as well as Green Thumb Industries has recently, as the company's recent quarterly results show. Had investors bought into GTI stock during the March 2020 crash, they'd be up roughly 300% right now.

Employing an 'enter, open and scale' strategy, Green Thumb Industries (CSE: GTII) is a Multi-State Operator that owns and operates a series of cannabis stores throughout the United States called Rise™ and Essence. GTI has 13 manufacturing facilities, 48 stores open across the U.S, and enough licenses for a total of 96 retail locations and operations across the country.

As per the recent quarterly results, GTI managed to bring in over $100 million for the second consecutive quarter, with the most recent quarter bringing in $119.6 million for the company. This represents a 167.5% increase year-over-year and a 16.6% increase over the previous quarter. In the first half of 2020, GTI has already exceeded the company's total revenue for 2019.

While Green Thumb Industries reported a net loss of $12.9 million this quarter, the company's adjusted EBITDA was $35.4 million, which was leaps and bounds higher than the adjusted EBITDA of $2.3 million during the same period last year.

Green Thumb Industries wasn't the only cannabis company to have a stellar second quarter, with GrowGen also achieving solid growth over the period, as revealed by its own Q2 results for 2020.

GrowGeneration Corp. is the largest hydroponic supplier in the US since its founding in 2014. GrowGen currently has 28 organic garden centers across 10 states, allowing the company to supply the cannabis industry with crucial lighting technology, pest controls, ventilation, soils, and propagation supplies.

Had investors bought GrowGeneration stocks during the March lull, they similarly would have enjoyed returns of over 300%.

Moreover, not only is GrowGeneration's balance sheet moving quickly in the right direction, but the company is an ancillary stock, one that we've identified previously as a key "pick and shovel" company. The ancillary nature of the company buttresses it against the unpredictability of the cannabis industry more generally, specifically when compared with "plant-touching" companies.

GrowGeneration projects that sales could reach $260 million, with an Adjusted EBITDA of roughly $28 million throughout 2021.