Here's How Mobile Benches Are Reshaping The Cannabis Industry 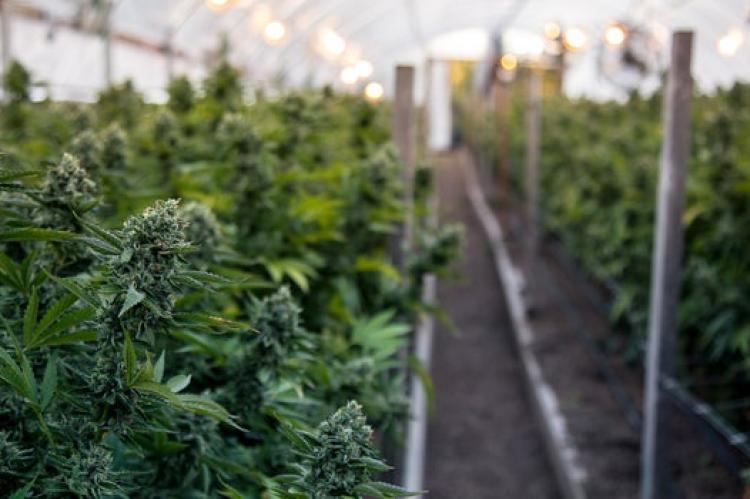 As cannabis growers try to improve efficiencies in their cultivation space, many are looking toward new technology to optimize their operation and boost profits. Facilities in the United States have grown in size and production scale, and because of this, growers have been borrowing potentially helpful techniques from other horticulture industries around the world. For the last couple years, cannabis growers in the United States have regularly adopted techniques used by Dutch flower and greenhouse producers.

These Dutch facilities produce on a massive scale, and to make it as profitable as possible, they have integrated new technology to streamline the production process and reduce costs. One piece of technology that is slowly becoming more prevalent is mobile benching systems. A mobile bench or mobile container system makes managing a large grow operation much easier, and it has the potential to become a key part of top-tier cultivation facilities, due to its ability to help produce a steady, consistent supply and superior end product.

With mobile bench systems, the tabletop — or container — is separate from the support structure, and this allows the crop to be easily automated and moved throughout the facility as needed. By integrating these systems, cannabis growers can reduce labor requirements and create a more efficient grow space, which, most importantly, can lead to a lower cost per pound and increased profits.

Labor costs can get out of control in a commercial-scale facility, and cannabis growers have done a good job recognizing and adjusting to this. Already, many have chosen to automate their light deprivation and irrigation or fertigation systems to help reduce operating costs. With mobile bench systems, growers are essentially able to automate the transportation of crops and eliminate the labor hours associated with transporting plants into different grow areas.

“With a mobile container, we’re keeping these plants in their container from seed to finish,” says Matt Sauls, who designs greenhouses and growing systems for GrowSpan Greenhouse Structures. “We’re able to move our plants to whatever area the grower wants. From propagation, containers can be moved to veg and flower spaces. This is going to help a lot with workflow, and it’s especially true in large-scale facilities.”

Mobile benching systems use a series of conveyors and cranes to maneuver crops throughout the facility. Dutch operations have used these in their Venlo-style greenhouses. Due to the Venlo’s massive size, gathering certain crops is a lengthy process. Repeatedly walking to the plant, bringing it to a workstation and then taking it back wastes time. A mobile bench system allows just one person to obtain the required container with almost no effort.

Mobile benching can also help to reduce the risk of disease and bacteria. At one point or another, just about every grower has had to put a plant in a less-than-ideal spot. Maybe it’s against a wall with little air movement and low visibility or maybe it’s a particularly humid section of the grow space. These are perfect places for pathogens or pests to get past the IPM program. With a mobile container, these problematic crops can be quickly quarantined or shuffled around before it becomes an issue, leading to a healthier grow space.

Since crops can be kept in the same container from propagation to harvest, mobile bench systems are also a good way to see how changes in the grow environment or nutrient program can affect crops. Even just the eye test is made infinitely easier because growers can pull two containers and put them right next to each other to compare nutrient solutions, for example. Changes between the crops are often apparent when they’re compared side by side. If one container has green, healthy plants and the other appears to be purpling at the stems, the grower can quickly identify that one solution might not be providing the proper amounts of phosphorous.

As cultivation facilities continue to scale up, Sauls believes mobile benching systems are likely to become a key feature of cannabis operations in the near future.

“The cannabis industry has been plagued by high operating costs, so any sort of technology that is going to increase efficiency and help move product to shelves is needed,” Sauls says. “Large cultivators, especially, will need to adopt this to stay competitive. In my experience, commercial cannabis continues to emulate and more closely resemble Dutch produce and flower operations, and I don’t think that’s going to stop.”