House delays historic vote to decriminalize marijuana until after election

By highgreennews
Published 1 month ago
Last updated 4 weeks ago 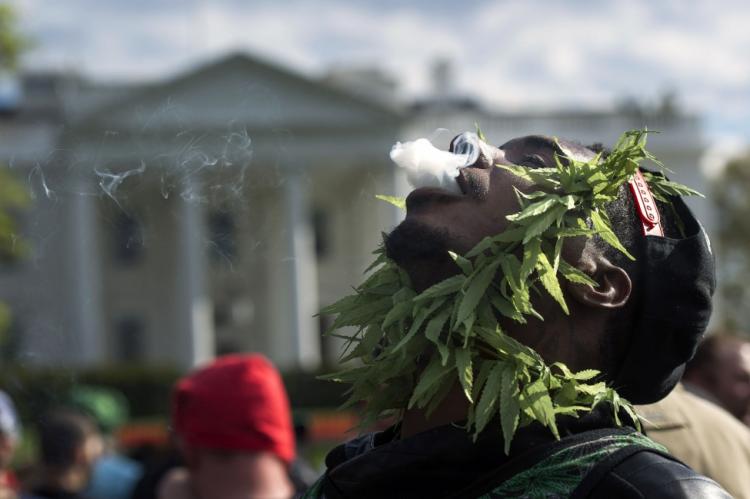 A bill seeking to decriminalize marijuana at the federal level, which was originally scheduled for a vote in Congress Monday, must now wait until after the November general election.

The House originally expected to pass the measure, the Marijuana Opportunity Reinvestment and Expungement (MORE) Act, this week but action on the measure was shelved in part due to a deadlock in Congress over the next round of COVID-19 economic stimulus.

The MORE Act would, for the first time, decriminalize marijuana by removing it from the federal government's list of controlled substances that are illegal to possess.

The law would remove federal penalties on marijuana, expunge criminal records related to marijuana and create a 5% federal sales tax on the sale of marijuana to fund community programs that benefit persons previously convicted of drug offenses.

Both President Donald Trump and former President Barack Obama have elected not to enforce federal prohibitions on marijuana in states that have chosen to legalize it for recreational or medical use, such as California, Colorado and Washington.

Former U.S. Attorney General Jeff Sessions broke with Trump on the issue, favoring the enforcement of federal laws against marijuana, but the president supported efforts to decriminalize the drug.

There are still federal barriers, however, that create obstacles for marijuana businesses, including provisions that make it difficult for them to secure bank loans.

Cannabis remains a Schedule I drug in the United States, which means it's illegal to use, possess and sale. All illicit drugs, such as cocaine and heroin, are in Schedule I classification.

The MORE Act has been sponsored by 86 Democrats and Republican Rep. Matt Gaetz of Florida. Rep. Jerry Nadler, D-Calif., told USA Today earlier this month he was sure the bill would pass, as it had "probably unanimous" Democratic support and "considerable Republican support."

Nadler, however was unsure how the bill might fare in the Senate -- as a measure introduced last year by Democratic vice presidential candidate and California Sen. Kamala Harris failed to receive traction in the Republican-controlled chamber.

House Democratic leader Steny Hoyer, D-Md., said in a statement the House would take up a vote on the MORE Act "later this autumn," citing higher priorities and a short window of time before Congress recesses again in October until after the presidential election.

In addition to a new COVID-19 stimulus deal, Congress also must avert a federal shutdown before government funding runs out on Sept. 30.

"The House is focused relentlessly on securing an agreement to stave off a damaging government shutdown and continuing to do its job addressing the COVID-19 pandemic," Hoyer said.

Reps. Earl Blumenauer, D-Ore., and Barbara Lee, D-Calif., co-chairs of the Congressional Cannabis Caucus, said a vote on the decriminalization measure will take place before the end of the year.

"The leadership has now given an ironclad commitment that the House will consider the bill this fall," they said in a statement.