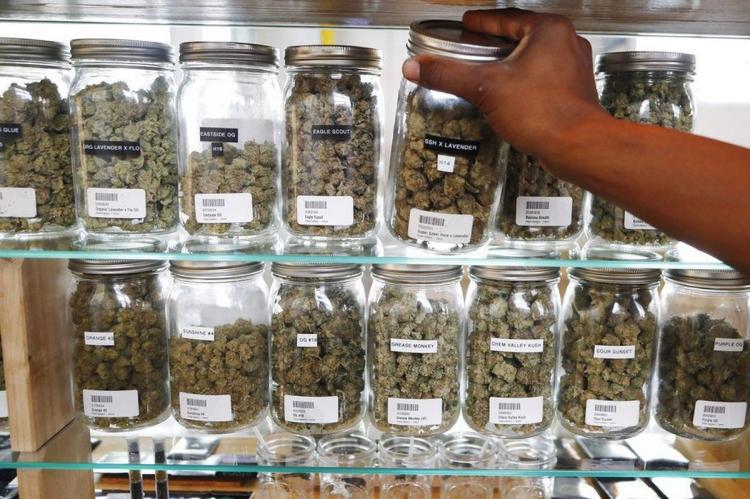 Illinois marijuana dispensaries sold more than $47.6 million worth of products in June, according to the Illinois Department of Financial and Professional Regulation.

During that time, 994,545 items were sold, averaging almost $48 per purchase, not including taxes. Tax figures will be released later this month by the Illinois Department of Revenue.

Those sales figures will likely lead to another record in tax revenue for the state, as well.

The state taxes marijuana based on its potency, ranging from 10% to 25%. Money generated from the state's marijuana tax will go into multiple coffers.

The state's general fund gets 35%, a community development revitalization program for areas affected by the criminalization of marijuana gets 25%, while 20% goes to substance abuse and mental health programs and 10% goes toward the state's bill backlog.

Legalization of adult-use marijuana has been a boon for the state, which has otherwise seen its revenues dwindle during the COVID-19 pandemic.

Public utility taxes are also off by nearly $64 million this year.

Personal and business income taxes are off by a combined $1.4 billion, but much of that is because the filing period was extended into this month.

Liquor taxes are also up $5.5 million from last year.

All told, the state revenues are currently $660 million short of last fiscal year's totals and that's with a number of tax and fee hikes implemented in the last year.