A Look At Cannabis Education Offerings At America's Colleges 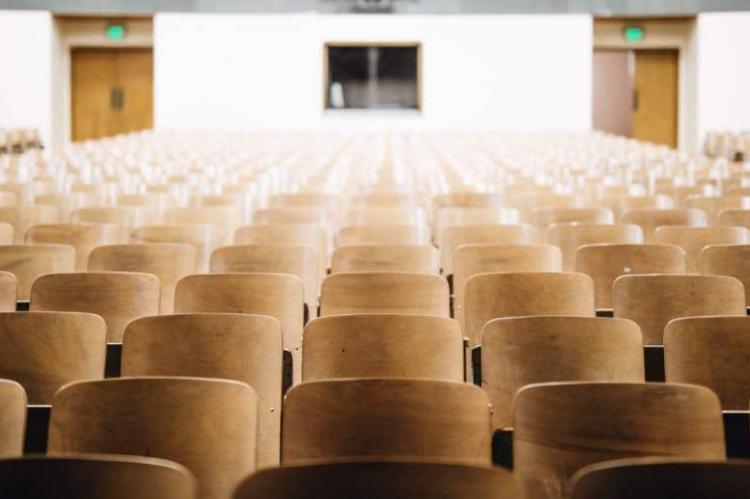 A degree “definitely gives you more credibility and shows that you have a baseline of cannabis knowledge,” according to a long-time cannabis industry educator and advocate.

Aside from marijuana-specific institutions like Oaksterdam University, there weren’t many cannabis classes being offered in America’s college classrooms.

The tide is beginning to turn as a range of institutions are now embracing marijuana and its career prospects.

Depending on the institution, cannabis may be offered as a major, minor, certificate program or a class.

Minot State University and Northern Michigan University are two schools providing degrees in medicinal plant chemistry. However, most university offerings tend to be minors and classes at this time.

One such school to provide cannabis studies as a minor is Stockton University in Southern New Jersey. The program consists of five courses, which cover various subjects, including law, internship preparation, as well as cannabis research and small business operations.

Rob Mejia, a long-time cannabis industry educator and advocate, will begin his second year as an adjunct professor at Stockton this fall.

The adjunct professor noted how the a medical cannabis minor stands out compared to most others at this time.

“Other schools really focus on either a science stream, or they’ll go a cultivation route,” he said.

Mejia said an internship and an optional class allowed students for a truly hands-on cannabis experience as well.

However, not all institutions are hands-on. Digital institutions like Excelsior College in Albany, New York offer a graduate cannabis control certificate.

Like other programs, the cannabis certificate program was developed using a team to hone in on the program’s content and design to educate and engage students, Schmidt said.

“Although the format is asynchronous, there are dynamic and engaging discussion forums that allow students to connect with one another, network, peer review, and share their experience and expertise,” Schmidt explained.

Both Stockton and Excelsior’s programs are rather new entrants to the space. Those that have been around for a few years have likely seen a shift in perception.

Attorney Marc Ross has been teaching a course on marijuana business and law at Hofstra University’s School of Law for six years.

“My goal is to encourage people to think critically about a topic that most have not critically thought about,” he said. “To wit, what is the implication of engaging in a business that is federally illegal yet legal in a majority of states.”

While it’s popular with students, Ross said the class caused a few concerns about possible job prospects. “Some people were concerned about a marijuana class appearing on their transcript, as it would be a source of concern for a potential employer,” he said.

The school also had its initial concerns, but Ross got some help from another prominent institution.

“The school was reluctant to permit a course like mine to be taught, but it didn’t hurt that Harvard was offering a class discussing the tax implications on a marijuana business,” he explained, citing how many students are now taking cannabis courses to prepare themselves for a career in the industry.

Mejia noted that many of Stockton University’s classes, estimated at 60 to 70%, would be taught entirely online.

In-person sessions, like labs, must be reserved ahead of time.

“There will be a lot of safety protocols,” Mejia said of the upcoming semester and possibly beyond.

That said, the prospect of online education isn’t much of a concern for Hofstra’s Ross. He noted that students might lose interest online, but cannabis courses seem to hold their attention.

Crediting the class’ seminar-style, Ross told Benzinga that his class is “focused on discussion and analysis” on cases, articles and policy enactments.

Is a Degree Necessary?

Not everyone is confident that a degree is mandatory for the maturing cannabis space. Opportunities exist for lower skill level positions, Mejia says, but a degree “definitely gives you more credibility and shows that you have a baseline of cannabis knowledge.”

“This industry is newly legal, and the rules around operations are complicated and vary everywhere from the local level to the state and federal level,” he said.

Hoftra’s Ross says the industry will need educated minds to lead the way.

“I have witnessed, and expect to continue to witness, the industry getting much more sophisticated and professional as time goes on,” said Ross.