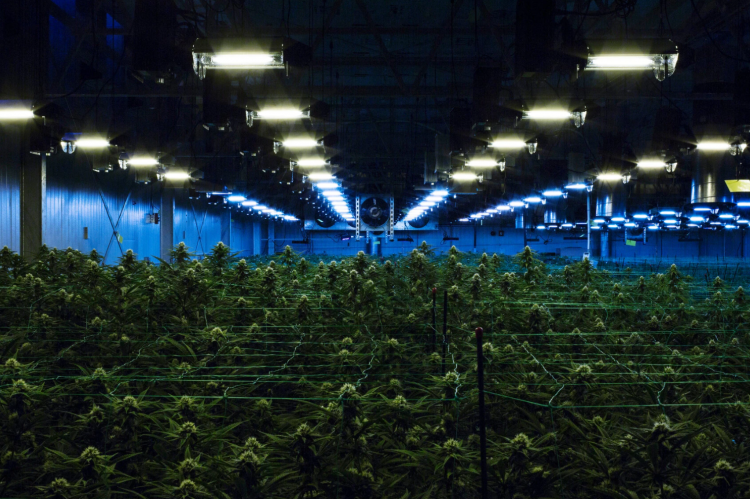 After years of legislative failures, New Jersey voters on Tuesday authorized the legal use of recreational marijuana in a year when supporters rallied around the disproportionate number of arrests for the drug in minority communities.

The ballot question passed as expected, by a wide margin, according to preliminary results from The Associated Press.

The vote allows New Jersey officials to begin the thorny, potentially lengthy process of establishing rules related to regulating and testing cannabis and issuing licenses, including how many permits to grant — and to whom.

It also instantly raises the ante for neighboring states like New York and Pennsylvania, increasing pressure on lawmakers who support legalization to take action or risk losing the competitive edge to New Jersey in what is expected to be one of the largest marijuana markets in the country.

State Senator Liz Krueger of New York, the author of a legalization bill pending in Albany, said the “yes” vote could be the incentive Gov. Andrew M. Cuomo and lawmakers need to break a yearslong logjam.

“I’m going to cheer on New Jersey,” said Ms. Krueger, a Democrat from Manhattan, “and hope that it helps us beat them to the punch.

Arizona and Montana also approved a ballot measure to legalize recreational marijuana, and voters in South Dakota faced a similar question on Tuesday. If the questions pass in all four states, a third of the country will soon live in a state or city where it is legal to smoke pot without a medical justification, eight years after Colorado and Washington became the first states to legalize the drug.

The question New Jersey voters approved called for a 6.625 percent state tax on marijuana sales to customers 21 or older, and permitted municipalities to charge an extra 2 percent tax. But most other implementation details must now be worked out by the Legislature and a Cannabis Regulatory Commission with five members — only one of whom has been appointed.

In Massachusetts, it took two years from the time voters approved nonmedical use of marijuana to the grand opening of the state’s first legal dispensaries.

The potential for extra tax revenue and new jobs may serve as a powerful motivator to move quickly in New Jersey, which is struggling to plug budget gaps left by a pandemic now stretching into its ninth month. The measure is expected to generate about $126 million a year once the market is established.

State Senator Nicholas Scutari, a former municipal prosecutor who has long championed legalization of the drug for medical and recreational uses, said he was putting the final touches on a bill that would enable the state’s nine existing medical marijuana companies to sell excess cannabis to recreational users.

Supporters of the measure have cited widely divergent arrest rates as a key reason to amend the drug laws.

In New Jersey, Black residents are more than three times as likely as white residents to be charged with marijuana possession, in spite of similar rates of usage — a disparity Mr. Scutari called a “colossal waste of resources and a colossal waste of people’s lives.”

The recreational use of marijuana is already legal in 11 other states and in Washington, and last year the governors of New Jersey, New York, Pennsylvania and Connecticut — all Democrats who support legalization — met in New York to try to coordinate marijuana policies.

Mr. Cuomo identified legalization as a priority in January, well before the pandemic landed a full frontal blow to state finances and increased the rationale for finding new products to tax.

In an interview last month publicizing the release of his new book, Mr. Cuomo, who once called marijuana a “gateway drug,” said the fiscal crisis facing New York would likely help to push legalization across the finish line. “We need the money now,” the governor told a Bravo television personality.

But the conversation over legalizing marijuana now goes far beyond finances.

What was once an argument centered mainly on the bottom-line benefits of taxing and regulating a product widely in use has been reframed as one with racial equity at its heart. In the United States, Black residents are 3.64 times more likely than their white neighbors to be charged with marijuana possession, according to a 2018 report by the American Civil Liberties Union.

Over the summer, large coast-to-coast protests by demonstrators angered by police killings of African-American residents reinforced a key pillar of the pro-legalization campaign: With fewer drug-related reasons for the police to make stops, there would be less opportunity for violent confrontations.

“This was a resounding victory. We led with racial justice messaging, and we’ve proven that it can win,” said Amol Sinha, the executive director of the A.C.L.U.-New Jersey, which led a coalition of groups in support of legalization. “We are now on a pathway for a more just future for New Jersey.”

The decision to put the question to voters came after failed attempts to pass a law legalizing marijuana, a promise Gov. Philip D. Murphy, a self-described progressive Democrat, campaigned on.

In December, the legalization effort fell short in the Senate by just one vote.

Last Wednesday, at 4:20 p.m., Mr. Murphy sent a message on Twitter urging voters to support legalization, latching on to a number popular in cannabis culture.

Opponents of legalization had argued that a separate bill pending in the Legislature to decriminalize the possession and distribution of up to a pound of marijuana would eliminate the enforcement inequities without normalizing use of the drug, which critics say can lead to mental health problems and create a gateway to dangerous narcotics.

A group that opposed the change to the State Constitution to legalize marijuana, Don’t Let NJ Go to Pot, mounted only a muted campaign, hamstrung by limited funds. As of Oct. 29, it had raised only $9,913, compared with the more than $2 million raised by several groups that supported the referendum.

The biggest pro-legalization donations, $800,000, came from a parent company of Scotts Miracle-Gro, a fertilizer company with a subsidiary that sells supplies to marijuana growers, according to the state Election Law Enforcement Commission.

A key issue for the Cannabis Regulatory Commission to address will be the push by social justice groups to ensure that communities that suffered most from uneven enforcement of marijuana laws have access to dispensary licenses. The state chapter of the National Association for the Advancement of Colored People has said it would insist on a seat at the table to avoid being crowded out by large companies eager to get a toehold in an emerging market.

“This amendment has the potential to be a powerful step forward in our fight against the drug war — or it could perpetuate a status quo that continues to oppress communities of color,” the Rev. Charles F. Boyer, the founder of Salvation and Social Justice, a nonpartisan faith-based organization, said in a statement.

“The path forward is now is our hands.”

New York’s bill sets aside some licenses for large companies, and then uses the fees generated to create a start-up fund for smaller entrepreneurs.

Still, much of the start-up financing is expected to come through private equity firms or personal loans, not banks — most of which remain skittish about lending to marijuana outfits while the drug remains illegal under federal law.

Even getting a business checking account can be a high hurdle for most marijuana entrepreneurs, forcing many to rely primarily on cash transactions, according to Nathaniel Gurien, the chief executive of Fincann, a New York-based company that helps broker relationships between banks and cannabis sellers.

Details around who is authorized to test marijuana products — as well as how often testing is conducted and what components are examined — also still need to be finalized.

“The more normalized it is, the more education there will be and the more we can help people understand the benefits of this plant,” said Kristen Goedde, the founder of Trichome Analytical, a hemp testing company that opened in July in Mount Laurel, N.J.

It is illegal to transport marijuana between states. But the advantage of opening dispensaries within a short trip of New York City, home to more than eight million residents, is indisputable.

“If New Jersey got there first and we got there later, I guarantee you the busiest group of retail marijuana stores in New Jersey would be directly across the Lincoln Tunnel and in Fort Lee, right off the George Washington Bridge,” said Ms. Krueger, the state senator from Manhattan.

“If our immediate state neighbors are going down the road,” she added, “of course it will bite into our market.”