States plow forward with pot, with or without Congress 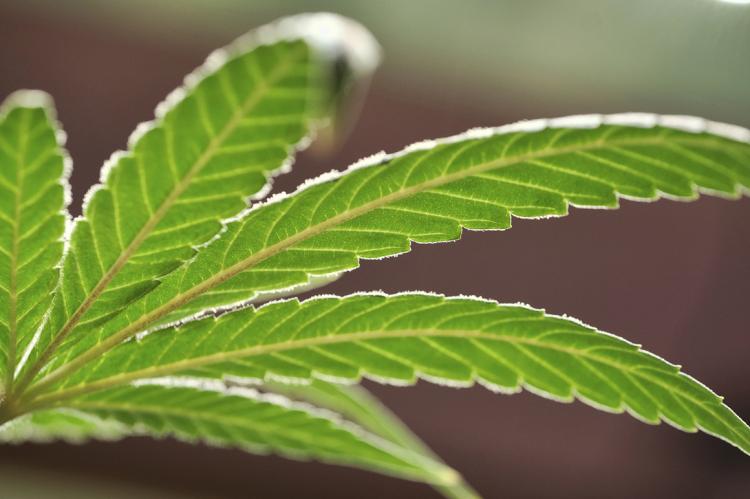 November ballot measures could result in over a third of Americans having access to legal weed.

Roughly 1 in 3 Americans could have access to legal recreational marijuana if voters approve state ballot initiatives this November.

While a planned House vote on legalizing weed at the federal level is scheduled for later this month, the real action remains in the states. That’s because even if the House measure passes, there’s zero chance the Republican-controlled Senate will take up the bill, which would eliminate federal criminal penalties and erase some past marijuana convictions.

But with the federal government continuing to take a hands-off approach when it comes to cracking down on state-legal markets, five more states could make it legal to buy weed for medical or recreational purposes. The legalization wave could have been much bigger: Organizers in five states saw their efforts derailed in large part due to the pandemic, with Nebraska’s medical campaign the latest blow after losing a legal challenge on Thursday. The other state measures are already set.

The biggest stakes are in New Jersey and Arizona, where polling suggests voters will back recreational sales.

If both measures pass, more than 16 million additional Americans would be living in states where anyone at least 21 years old can buy weed for any reason. That would mean more than 100 million Americans would have access to legal recreational marijuana sales, less than a decade after Colorado and Washington pioneered the modern legalization movement.

South Dakota and Montana could also pass recreational legalization measures this year. The former could become the first state to go from a total ban on weed to legalizing both medical and recreational sales, if voters back a pair of referendums.

Meanwhile, Mississippi voters will decide whether to legalize medical marijuana. Mississippi would join a recent wave of archconservative states — including Oklahoma, Arkansas and Utah — that have embraced medical sales in recent years.

"We’re now working in very red states," said Matthew Schweich, deputy director of pro-legalization advocacy group Marijuana Policy Project. "If we win in Mississippi, Montana and South Dakota … it becomes more difficult for those senators to oppose legislation that allows their home states to implement laws the voters have approved."

If all five states pass their ballot measures, more than two-thirds of federal lawmakers would represent states with legal medical or recreational marijuana markets. Even if only the New Jersey and Arizona measures pass, those votes would add four additional senators and 21 representatives — meaning a quarter of the Senate and a third of the House would represent states with legal adult-use marijuana.

Lawmakers often change their views on cannabis once their state legalizes it, with Sen. Cory Gardner (R-Colo.) being the most obvious example. And this year’s ballot measures would bring in some heavyweight lawmakers. New Jersey Democrat Frank Pallone is the House Energy & Commerce chair and South Dakota Republican John Thune is Senate majority whip.

"Every victory on the state level makes the federal-state conflict more untenable than it already is," Schweich said.

The Brookings Institution’s John Hudak points out that marijuana legalization referendums have become routine, no longer seen as exotic or outlandish.

“This is just mainstream public policy,” said Hudak, author of "Marijuana: A Short History". “In the same way that states have votes on tax policy and a variety of other types of issues, this is rapidly becoming just another standard public policy issue.”

Here’s a breakdown of the 2020 marijuana state ballot measures:

New Jersey: Lawmakers in New Jersey already are working on a bill to implement a recreational marijuana ballot question that looks likely to pass. The legislature referred the question to the ballot after an effort to pass a legalization bill narrowly failed last year.

If successful, New Jersey’s market would boast some of the lowest marijuana tax rates in the nation. The state has nearly 9 million residents and is close to major cities including New York and Philadelphia. A legal market would undoubtedly draw consumers from neighboring states and could push others in the region to prioritize legalization over fears of losing tax dollars during a state budget crisis.

Arizona: Four years ago, Arizona voters narrowly defeated a referendum to legalize recreational sales. But they will have an opportunity to reverse course in 2020. Most polling indicates strong support for authorizing taxed, regulated sales. There are more than 250,000 patients enrolled in the state’s medical program — an increase of 150 percent from four years ago. Opponents of the initiative have been badly outspent by the multimillion-dollar, industry-backed legalization campaign. And a legal challenge to the initiative was rebuffed by the courts. If rec sales became reality in Arizona, they would extend a contiguous network of five western states with more than 60 million residents spanning from Canada to Mexico that have full legalization.

But the latest polling data suggests a rapidly tightening contest. Support for legalization is at 46 percent, compared to 45 percent opposition, according to polling from OH Predictive Insights conducted over the last several days.

“Based on the latest numbers, the pro-marijuana folks should put the cork back in the champagne bottle,” said Mike Noble, the polling firm’s managing partner.

Mississippi: Polling shows strong support for medical marijuana legalization in the state, but activists behind a medical marijuana initiative are contending with challenges on two fronts — campaigning during a pandemic and a competing initiative placed on the ballot by the state legislature.

More than 80 percent of Mississippi voters favor medical marijuana legalization, but they’ll have two measures to choose from when they head to the polls: an activist-driven initiative that collected signatures to make the ballot and one referred by lawmakers that the activists contend is meant to confuse voters and split the vote. Still, a June poll from FM3 Research shows that the activist-led initiative has a 29-percentage-point lead over the alternative.

Montana: Montana, where medical marijuana is already legal, has two measures on the ballot: one to legalize recreational marijuana and another that sets the legal age at 21. Both measures are necessary, but some worry that having two separate initiatives will confuse voters.

Legal marijuana, nonetheless, has the support of a majority of Montanans — 54 percent, according to a February poll from the University of Montana. Pro-legalization group New Approach Montana has raised more than $2.5 million since late June and plans to launch a slew of TV ads in October. The anti-legalization campaign Wrong for Montana, meanwhile, just launched in the last few days.

South Dakota: The state is one of only three remaining states (along with Idaho and Nebraska) that outlaws all forms of cannabis — including use for very specific medical situations such as child seizures. South Dakota will be the first state to put medical and recreational measures on the ballot in the same election. Measure 26 sets up a medical marijuana program, and Amendment A would legalize adult-use marijuana. While it's unusual, Schweich said they put up both measures at the same time because their polling shows support among South Dakotans for both medical and recreational cannabis.

The Republican-led state government is strongly opposed to all things cannabis. Republican Gov. Kristi Noem even vetoed a hemp legalization law passed by the Republican-led legislature last year, but eventually dropped her opposition this year. The adult-use initiative is constitutional — meaning the legislature could not repeal it if it passes in November. The medical initiative, meanwhile, is statutory. The legislature would have the power to repeal or amend that law, but given that statewide support for medical marijuana, it seems less likely they would interfere if voters approve it.

Covid-19 setbacks: Because of the coronavirus crisis, 2020 isn’t quite the banner year for marijuana legalization that advocates hoped for.

The pandemic derailed efforts to put medical marijuana legalization questions before voters in Idaho and North Dakota. Advocates in Nebraska actually collected enough signatures to make the ballot, but the state Supreme Court ordered the Secretary of State to remove the question.

The public health crisis also upended efforts to put recreational legalization on the ballot in Missouri, Arkansas and Oklahoma, while a similar effort in Florida failed before the pandemic hit.